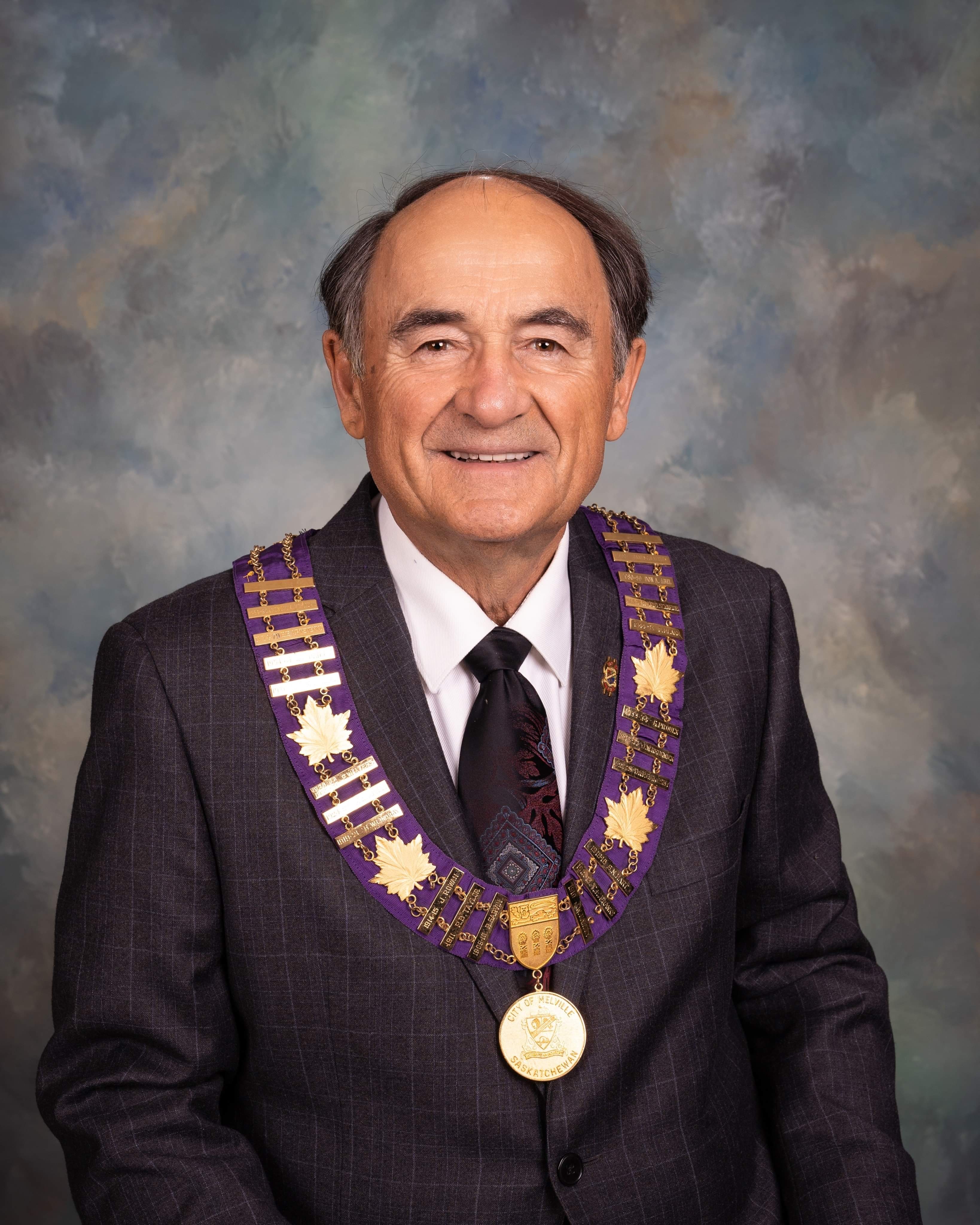 Mayor Walter Streelasky is presently serving his 5th term as Mayor representing the citizens of Melville. Previous to that, he spent six years as a city councilor.

During his tenure as Mayor, he has been involved in a number of significant initiatives, both locally and provincially. He is the Founding President of the Melville and District Physician Recruitment and Retention Committee as well as Founding President of the Melville and District Community Foundation. Provincially, he serves on the Board of Directors for the Saskatchewan Cancer Agency. Previous public service contributions include - Director of the Sunrise Health Region, Chair of the 2000 Millennial celebrations, the 2005 Saskatchewan Centennial and the 2008 Melville 100 Homecoming celebration. In addition, he has served on numerous boards in the City of Melville – Melville Public Library Board, Melville Lions Club, Melville and District Agri-Park, St Peter’s Hospital Board, Melville Rail Station Heritage Association and as President of the Horizon Credit Union Board. In 2020, Mayor Streelasky was awarded the Saskatchewan Order of Merit - a prestigious honor awarded to an individual who has made a significant contribution to the social, cultural, and economic well-being of the province and its residents. His commitment to the betterment of his community is evidenced through his mantra – Working Together to Grow Melville.

Walter has three daughters, three grandchildren, a son-in-law and a most supportive wife, Carol. He collects steel wheel tractors which he attempts to breathe life into. As well, he raises Clydesdale horses on his property on the outskirts of Melville where he enjoys the peace and tranquility of nature. He is proud to call Melville his home. 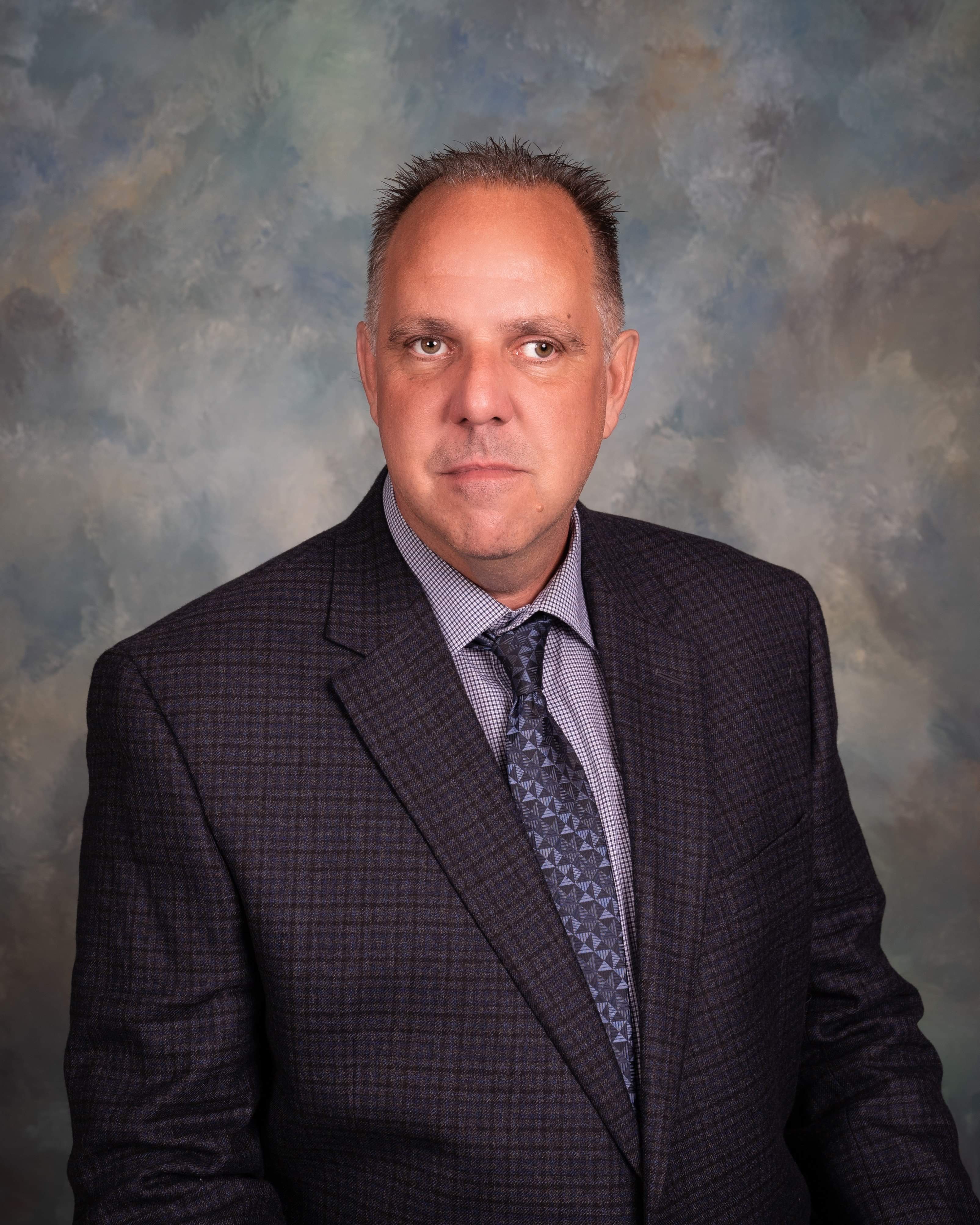 Councillor Brooks is a longtime resident, born and raised in Melville.  Todd and his wife Brenda have two children, Tapanga and Hermione, who are both heavily involved in various activities in Melville, including dance, piano, school sports, acting, minor ball, student government, alter serving  at St. Henry’s Church, and more.

Although Todd works in Esterhazy and Brenda works in Yorkton, they have chosen to keep Melville as their home.  This is one of the main reasons that Todd ran for council, he loves Melville.

Todd is currently employed with Mosaic Potash working on a cutting edge automation team as a planner/coordinator; he is also currently working towards a Certificate in Mining Studies from the University of British Columbia.

Previous to working for Mosaic, Todd was employed with the City of Melville for 10 years in various positions, including Special Constable and Recreation Department and Public Works.  Prior to that, he was employed at the Melville Bowl Arena, where he still has many fond memories.

In his spare time you will find Todd on his mountain bike, attending local sporting events, and spending time with his family. 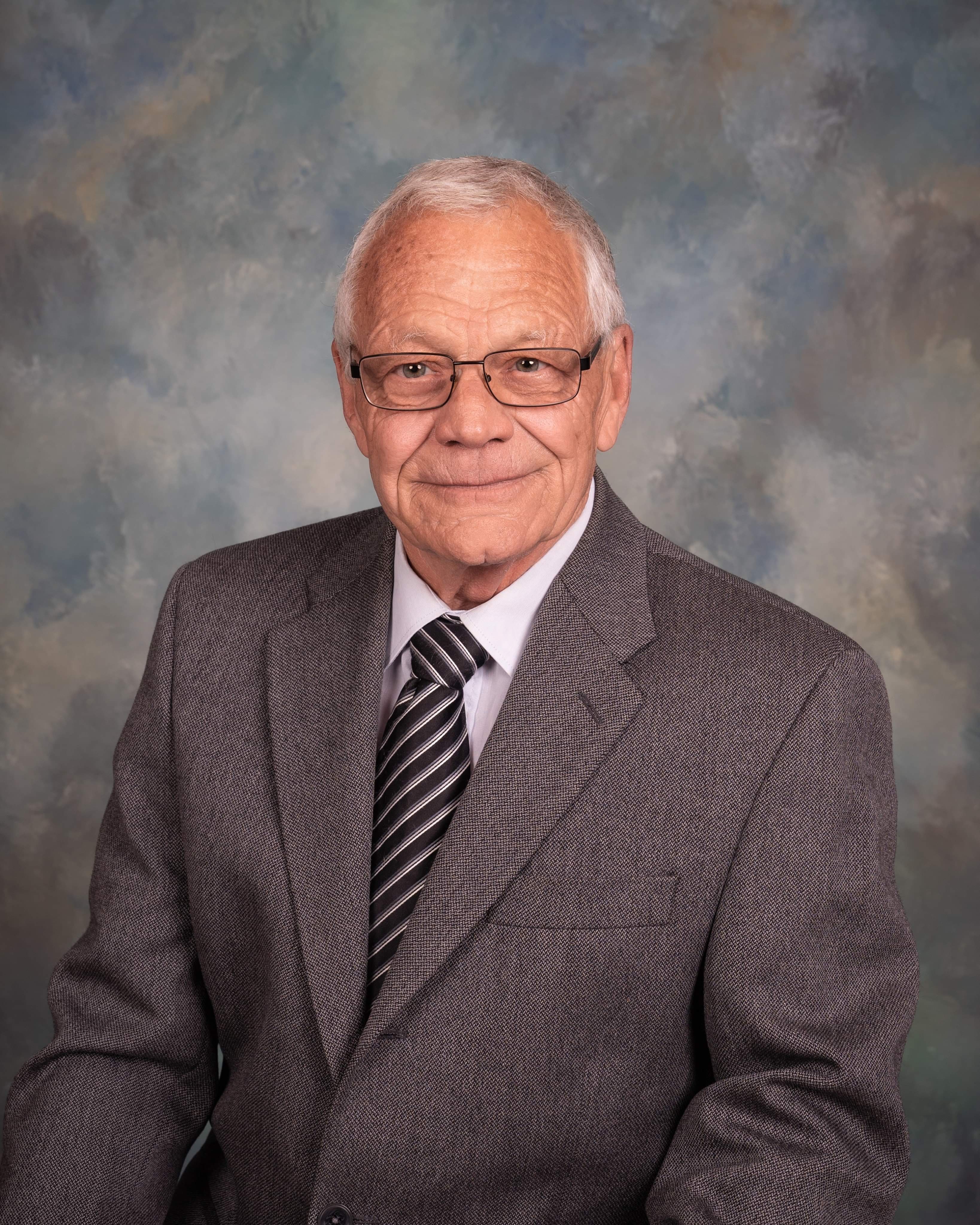 Joanne and I have lived in Melville for over 30 years. We have found it to be a wonderful place to raise our children. After retiring from a nearly 30 year career in health care I decided to become more involved in our community.

I currently serve as Chairperson on the Rail City Industries Board, Vice-Chair of the Melville Heritage Museum Board, and as a Director on the Melville and District Community Foundation.

I decided to run for City Council because I believe in our community, what it is and what it can be. We, like all communities, are faced with significant aging infrastructure and the costs associated with addressing them.

I believe that working together with City Council and the citizens of Melville we can meet these challenges so that our children and grandchildren can have the same advantages of a great community that we have enjoyed in the past.

I look forward to the next four years serving the citizens of Melville on City Council and I am open to hearing your questions and concerns. 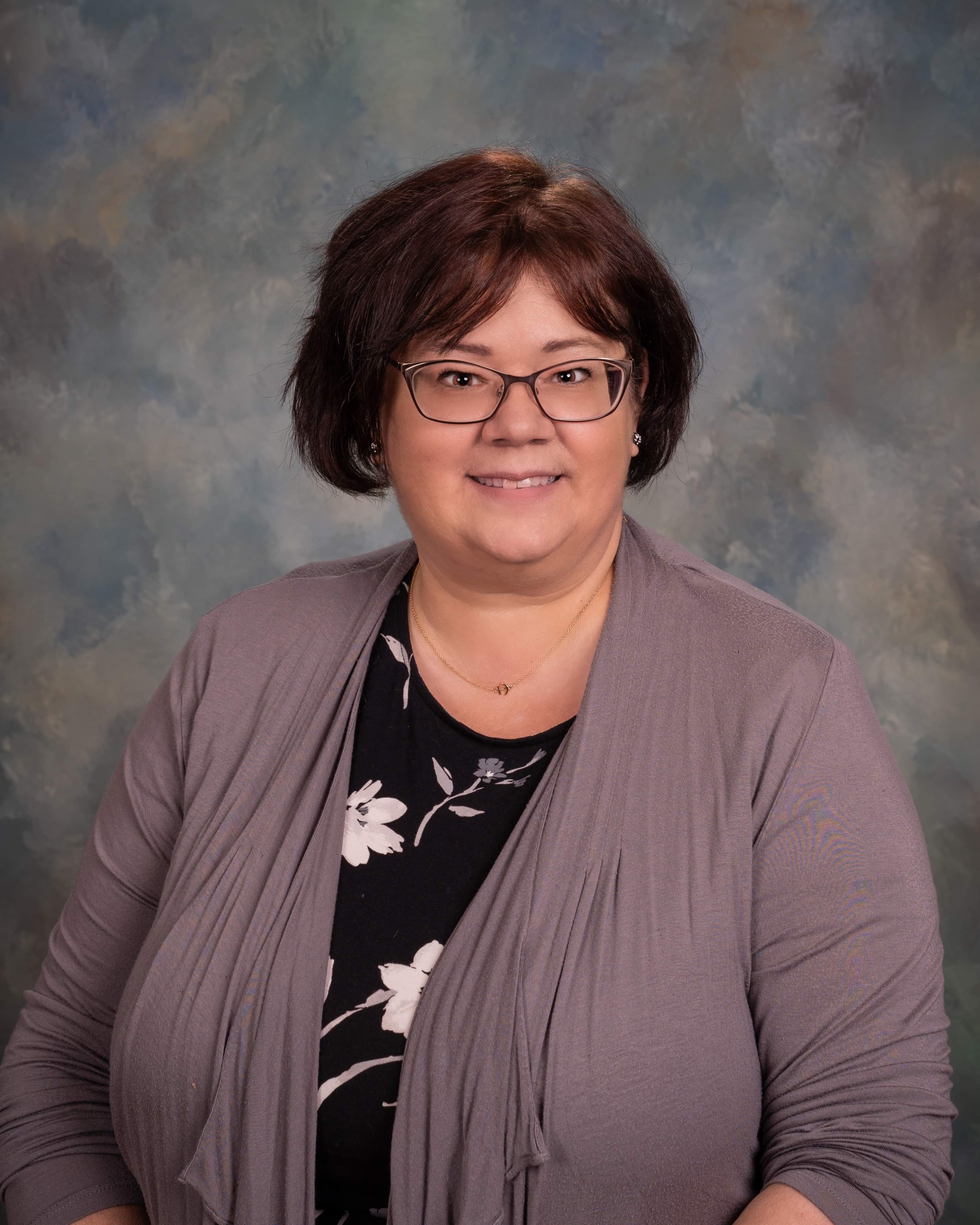 Councillor Lori Kraft previously served two consecutive terms from 2000 to 2006 and is excited to return to council. She moved to Melville in 1993 with her husband, Dwayne, and they raised their two children, Brooklynn and Parker, here.

Lori currently works as the Work Readiness Coordinator for Partners in Employment in Yorkton. Prior to this, she has worked in Melville for the Public Library and Extra Foods and was a frequent helper for her in-laws, Verna and Cliff, at Bo-Kay Florists.   Lori has also volunteered for the Rail City Industries Board, Melville Millionaires, Library Board, and Police Commission, to name a few.

In her free time Lori loves to spend time with her family, especially her granddaughter, Marlaina and her parents, Dave and Sharon, who moved to Melville in 2010. Lori can often be found baking cakes or working on craft projects.

Lori is proud to call Melville home and glad that her family grew up here. She hopes to make it an even better place to live and raise a family. 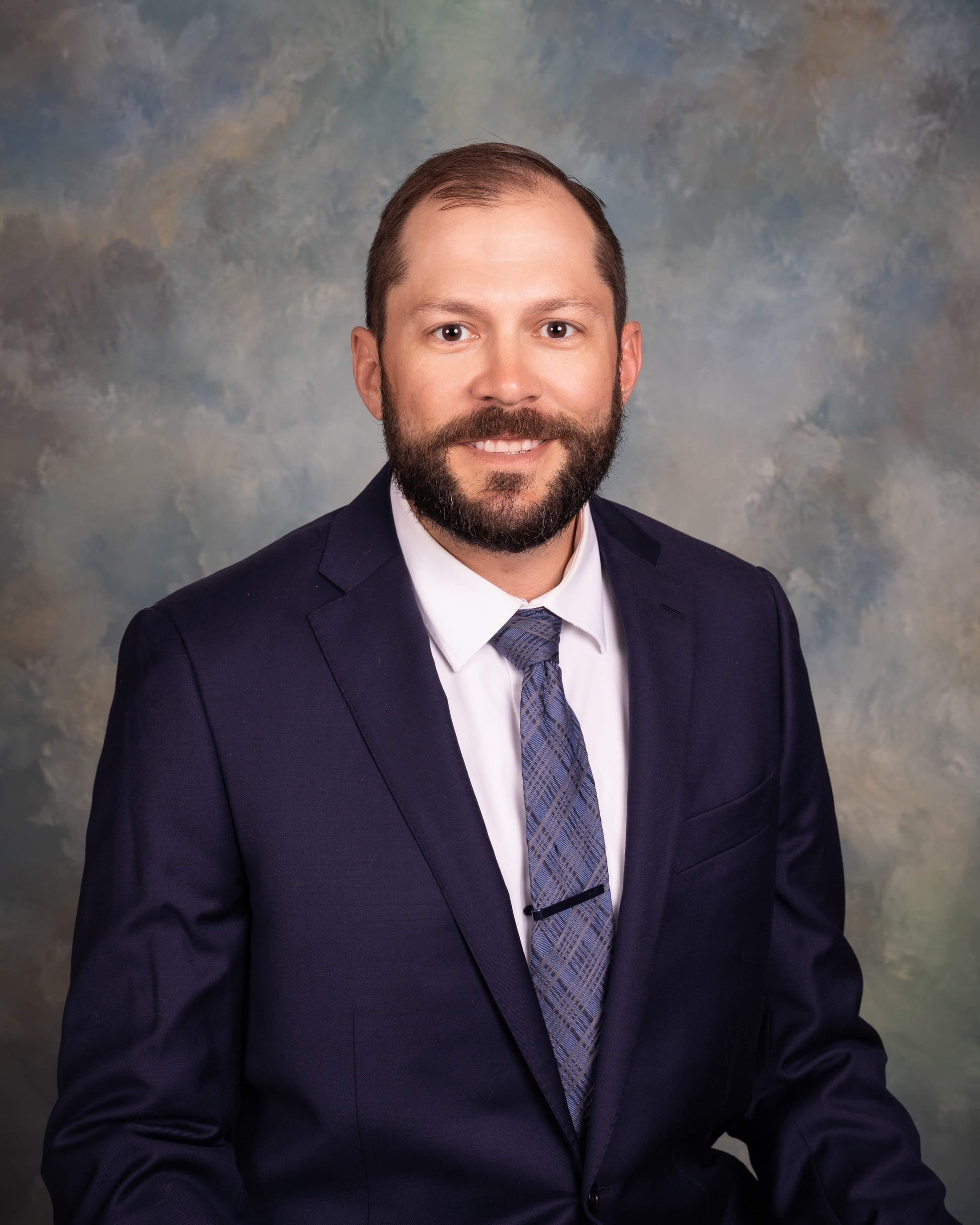 Councillor Andrew Rondeau is in his second term. He moved to Melville in 2009 to begin his career as a teacher at the Comprehensive School, where he’s worked ever since. Andrew and his wife, Michelle, spend much of their time with their children, Malcolm and Abbey. Andrew has always been passionate about governance and public service, sitting on various boards within the city and professionally. In his free time, Andrew enjoys spending time with family and friends, ideally outdoors near a lake with a fishing rod or golf club in his hand.

Councillor Rondeau is proud of the positive changes Melville experienced during his first term and recognizes that the future will bring difficult decisions when it comes to infrastructure, asset management, and economic growth. He is also very well-aware that Melville is, and will continue to be, a wonderful place in which to live and raise a family. 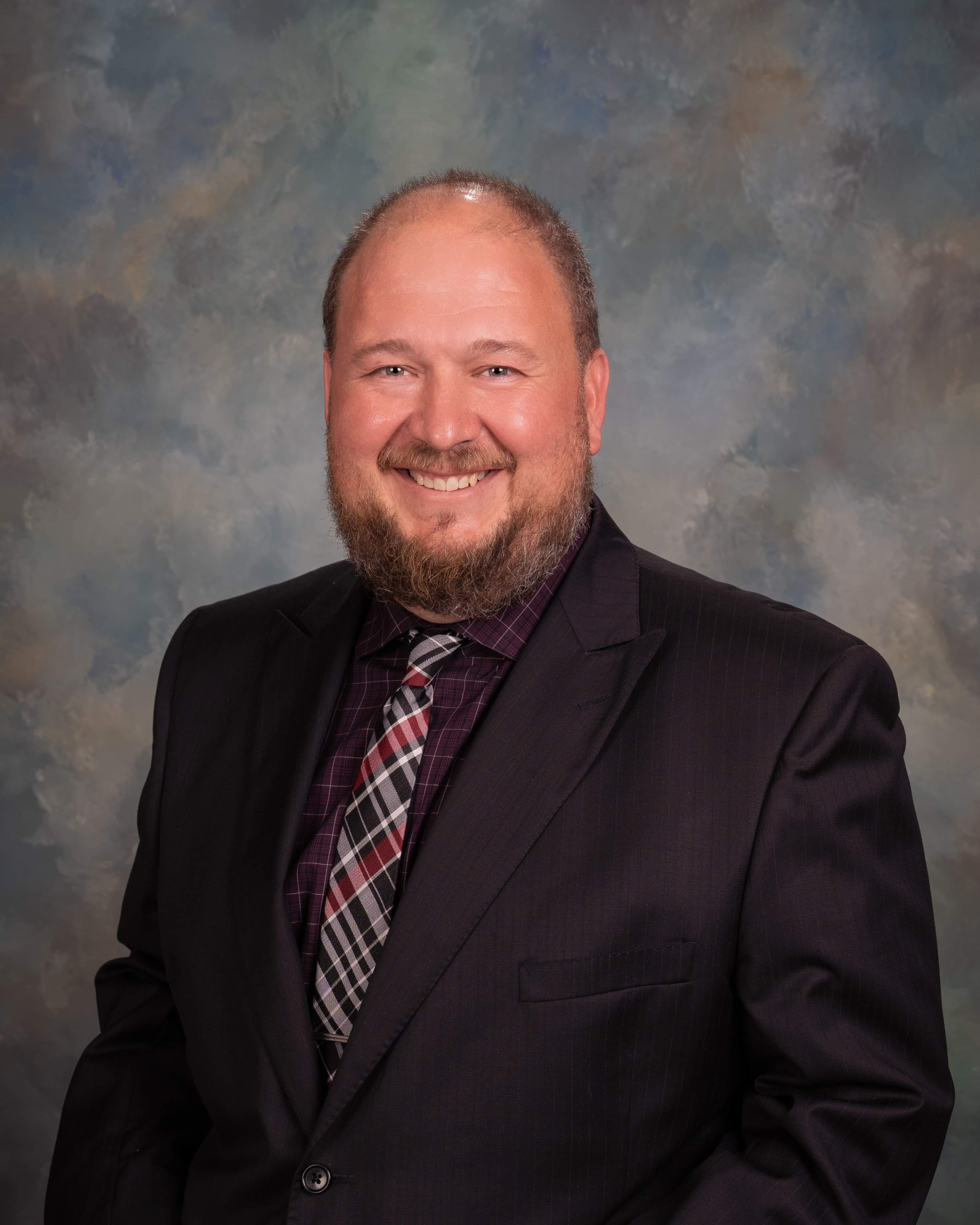 Councillor Vince Thiessen is in his second term representing the residents of Melville.  He's been employed with Saskatchewan Crop Insurance Corporation since moving to Melville in 2010 and has discovered that Saskatchewan's smallest city is a great place to live, work, and play.

Vince has been active in the community and volunteers every year for the Melville Dinner Theatre. In the past, he's coached baseball and football and was also a member of the Kinsmen Club of Winnipeg for nine years.

Vince is optimistic about the future of Melville and will take a logical and rational approach with decisions he makes on council. He looks forward to creating positive change for the community in the coming four years. 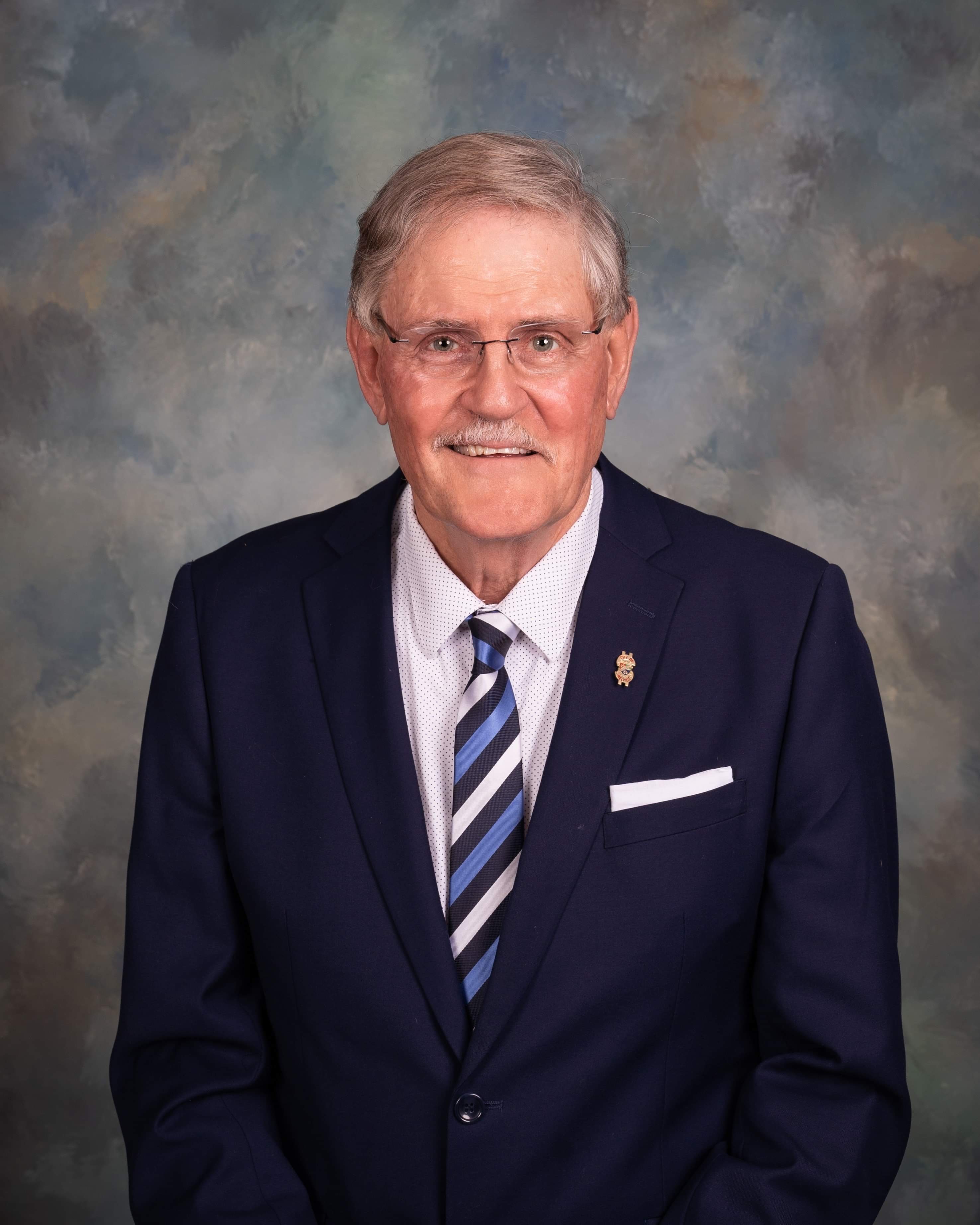 Johan is married to Eugenie Mare. They have three children: Yvette, Nicolette and Johan and two grandchildren Zarah and Juliana.

Councillor Johan Van Zyl has a graduated Masters in Family Medicine, graduated Masters in Clinical Pharmacology and graduated BSc Honors in OB/GYN. Johan has also served on many boards the past and the present. He immigrated to Canada in 2004 where he worked in Moose Jaw, SK in family practice till 2006 where he then moved to Melville as a family physician with Melville Medical Associates.

Past boards that Councillor Johan Van Zyl has served on are Secretary & Federal Councillor Medical Association of SA, Deacon Church Council, and Elder Church Council. Johan currently serves on the Physician Recruitment and Retention Committee, St. Peters Hospital, is the Chief of Staff at St Peters Hospital, is a Member of the Faculty University of Saskatchewan, Dept. of Family Medicine and Assessor for Practice Enhancement Program, College of Physicians and Surgeons of Saskatchewan and U of S.